How do we find the cause of fitness problems in the horse? By looking carefully and accurately at the horse. It’s often easier to look at digital photos of the horse because the camera creates neutrality. Our eyes usually can’t see the horse objectively. When we use digital images, the photo neutrality shows us clearly what’s not balanced. Hollows, lumps, off stance and other imbalances show easily in digital photos of horses. There are many ways to disguise unsoundness in horses. A video is one way to hide a horse’s problems. When the horse is moving, he is using all his compensation abilities to look fit and competent. His life depends on this appearance of fitness.

Horses are hard-wired to hide problems so they can survive predators. The horse’s entire body is organized to hide any problems. He will compensate a minor injury in millions of ways. Many compensations create new problems….just as it happens in humans. We humans live our lives with many physical issues, but we learn to adapt. Horses also adapt. Since true fitness is rare in humans, most people have learned to get along with what they have. Horses are asked to do whatever we choose for them and so they compensate even more than humans. Humans are predators. Humans decide how the horse lives. That might not feel good to a horse owner, but it’s the truth for the horse.

Riders shopping for a horse are often looking for a fantasy ride. Riders will obsess over a head shot or video without asking if the horse is truly fit. Experienced riders make this mistake also. Judgement is clouded by the emotional component of the image we look at. When you are horse shopping, do your research. The seller should provide still photos of the four sides of the horse: front, rear, left side and right side. These photos should show the entire body and hooves. You can zoom in and look carefully. Issues like a mild club foot can be seen with a zoom in.

For example,  when considering a stallion for breeding, I zoomed in on his feet for a close look. His almost imperceptible club foot showed with the zoom-in. A gelding son was nearby and showed an extreme club foot that prevented normal riding. The owner didn’t admit that the stallion sired this gelding. I decided not to book the breeding due to the club foot.

Photos will also show back problems, conformation issues of all kinds and cranial imbalances which lead to anxiety and fear under saddle. Tight tails indicate back problems or adductor limits.

Riders who want a long term riding partner will avoid emotional purchases driven by fancy videos and glamorous head portraits. Stick to asking for the four photo views and then look very carefully, while also asking specific questions about the horse’s history of training and use. The test ride in an arena or round pen often hides the issue of the horse not being competent for trail riding. Riders should make a list of what they plan to do and how they will care for the horse. Write it down. The list keeps us honest in our shopping. Then, be sure to look at the photos of each side. Study these, even if you are looking at a sale video. The hidden problems will show in the photos.

Mistakes with horses are expensive and disappointing. Horses are easy to buy and sometimes hard to sell. Looking at digitals of the horse will save you from unknown  or hidden problems. These simple tools show us how to see the horse accurately. It’s also fun to use these tools to observe horses you already own and help progress their limits and fitness. It’s all a journey in the wonderful world of horses!

A knee injury occurred in the paddock for a 18 year old mare. We think the two friends were horsing around. and she got strained. It was about triple size and warm. We cooled it with water and Alor Vera gel from an alor leaf spilt open. Then, we worked the warm knee area carefully, not to hurt the horse. She stood quietly and the warm fascia begin to change. The fascia supported the knee strain by compensating on the back of the knee, although the front was puffy and enlarged.

Compensations went all the way up to the elbow and shoulder. We worked id daily, as much as the horse permitted. Some days she didn’t agree. The friends were separated  to rest her from play and contact. Walking rides returned in 2 weeks, slowly, for 20 minutes. 6 weeks later, she is trotting easily with a rider. Fascia release made a tricky problem easy. Also, it’s clear that the knee was already weak due to an old injury since as we worked, we found many hot patches which reveal old fascia strain.

The hotter the tissue release, the older the strain. Today’s injury is often the result of an earlier injury that left an imbalance and weakness.

How does Fascia work change the horse? It’s Quantum Healing due to the nature of fascia’s self directed, self-intelligent structure and nature. When you melt poll adhesions, the energy of healing change flows to the pelvis. Don’t be fooled by Big Pharma’s denial of Fascia….it’s the master tissue of the body for horses and humans.

First up, look at this auction purchase colt. Papers say 3 months old, but we think he is younger. He missed out on months of colostrum. Supplement feeds gave him side-effects.  He’s getting plenty of Conformation Balancing bodywork for the hidden problems. Already, he has stuck shoulders and elbows, a tight compressed tail, unbalanced head, sprung stance, and more.

The colt has a great disposition and takes his bodywork very well.  Without it, his development would be stunted and he would be a marginal horse instead of a happy productive one. We’ll showcase his progress here. Below PHOTO, horse on arrival 10/30/2020.

For those riders who buy feedlot, shelter or auction horses, Conformation Balancing is a golden key to restoring the horse. 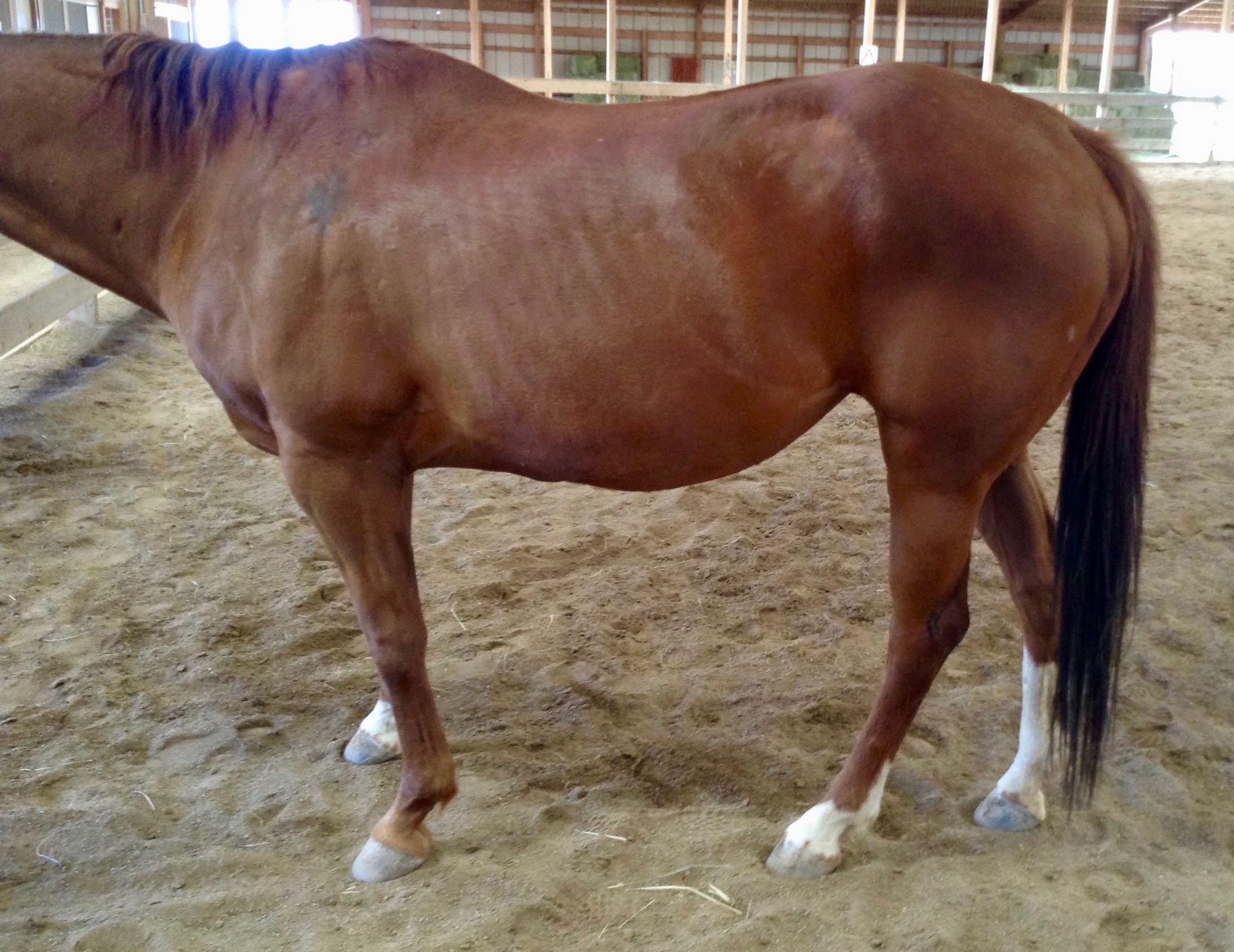 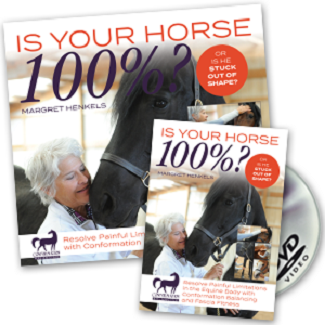